I shivered slightly as I walked across an unfamiliar park in the pre-dawn hours of the morning, still blinking sleep out of my eyes. It was early July, but the southern Colorado air made it feel more like October. I wouldn’t have been surprised to see frost coating the grass; that is if it wasn’t still dark out and I could actually see the grass.

Just a few days prior, I decided to sign up for my first ultra-marathon, a 50K (32 miles) in Silverton, CO. Of course, registration had already closed. A few of my close friends were registered or volunteering at the race, so I figured, why not? I threw my name on the waitlist and arrived early on the morning of the race.

My two friends and I approached the registration tent with hopeful smiles, only to hear the staff tell us that the race was still VERY full. They said, “There’s a chance that someone will just not show up, and you could snag their spot.”

I was willing to take that chance, and I asked if I could stick around and help with registration in the meantime. They got some solid free labor and I got the opportunity to schmooze and wait for my opportunity.

Nervously, I watched as packet after packet left the tent with its owner. A spot left in wave two! No, wait, that’s her coming over now. I chewed my cheek. Over an hour passed like this until the first wave took off at 6 AM. Every five minutes, a wave of ten people (socially distantly) would leave the start. So far, every packet had a set of hands to match. My scheme felt less and less impressive.

6:05. The second wave took off. I glanced through the remaining packets. My eye caught one last, lonely packet for wave four. Bursting with excitement, I turned to the lead staff member. “You want to go?” She asked. Without hesitation, I stated “yes,” my voice filled with powerful conviction.

Less than ten minutes to the start of my wave. I have never changed for a race so quickly. I retrieved my vest/pack from behind the tent and dashed to the start line where they took my temperature before allowing me into the corral. I watched the runners of wave three shrink in the distance. Five minutes.  One of my friends, Alex, stood with me and rearranged things in my pack as I hastily stripped off my sweats and buttoned up my most essential piece of gear — the Hawaiian t-shirt. Two minutes. I pinned my race number to my space shorts. One minute. I threw my hair into a ponytail and jammed my trucker hat onto my head. Alex left to put my sweats in the car. Before he had the chance to come back and wish me luck, we were off.

The first five miles of the course was an out and back on the last 2.5 miles of the marathon-length loop that we would run later. We started out on a paved road and quickly transitioned to dirt. Of the nine other people I started with, two of them were women. We spaced out immediately, one of the women easily gliding ahead. I knew I had a long way to go, and I made a conscious effort not to go after her. I had no desire to win today. I wanted two things out of this race; to get in, and to finish. I had already accomplished the first part, now I needed to be just as smart to achieve the second.

Despite my efforts to temper myself, I spent the entire first leg of this race stoked to simply be there. The opportunity to get into this race, to run my very first ULTRA, was something I cherished. It showed in how I ran, and how I interacted with the other runners. I smiled and waved and cheered for everyone that I passed or that passed me, and I received the same in kind. Some folks even complimented me on my shirt. This wasn’t a race, this was a journey! One that we all would suffer through together. Maybe it’s my Tough Mudder experience showing, but I firmly believed that the best way to get through this was going to be to have as much fun with it as possible.

I came back through the starting area, my friends standing alongside the course cheering me on. A genuine smile of pure joy stretched across my face as I pumped my fist in the air. I heard Everest yell, “You are KILLING it!!” as I ran easily past to start the marathon loop. Now, we would be running with the marathon runners as well, making it impossible to tell who was running which race, and who was winning.

It didn’t matter though, in my mind I was winning by just getting to be out there. The course followed a dirt road along some mild grades through a valley for the next 6 or so miles. A river ran past us in the other direction. I was grateful for this constant source of water, as I quickly realized that I was not carrying enough capacity. If I ever got too thirsty, I could simply dip my half-liter water bottle into the stream and carry on. I only felt the need to do this once, as aid stations were sprinkled throughout the course.

The further I went, the quieter it got. I passed people with less frequency, and soon faster people from later waves were passing me. The course wasn’t hilly at first – just some gentle rolling slopes. I arrived at what looked like a campground called Eureka, and the easy part abruptly ended. I kissed the rollers goodbye and began the long ascent to the top of Hurricane Pass.

When I say this was a long ascent, I mean MILES long. Most of it was gradual, but the further I went, the steeper it got. It was about two hours until I could even see the top, marked by an aid station tent that made its appearance when it was still a mile away. It was a beautiful stretch, and I was simply in awe by my surroundings. The sky was clear and the mountains rose up in front of me like jagged skyscrapers. The hillsides were peppered with old abandoned mining buildings. I entertained myself by thinking about what life might have been like when they were functioning.

I came into the aid station smiling, relieved to have finally gotten the worst of the race over with. “There’s a plunging downhill after this and then it goes back up for about a half-mile,” the woman at the aid station informed me. “Then it’s all downhill from there!” I thanked her and stood at the top of the pass looking down at what I had just come up. The other runners looked like ants following the dirt ATV track behind me. Pulling a huge breath of air into my lungs, I cupped my hands around my mouth and gave the loudest victory holler I could muster. Beaming, I turned back to the course. Knowing there was a big downhill coming up gave me the strength to crush that last uphill.

The descent was exactly what I needed. As I crested the last hill, I was finally able to stretch my legs out as far and as fast as they would go. Downhill has always been my strength, and this one just provided more evidence of that fact. I did some math in my head. If I could run at least a 10-minute mile pace for the rest of the race, I could finish in less than six hours. I wasn’t sure if that was good or not. I had no idea what place I was in or how fast the course was or even if the person I had just passed was running the 50K. It didn’t really matter. Having the sub-six-hour goal gave me something to shoot for, so I sent it.

Not only did I manage to stay under the 10-minute mile mark, but my mile splits were also the fastest they had been the whole race. Some of them even in the low 7-minute range. I was FLYING. As the descent started to get more gradual, I ran through another aid station. Someone commented about the exposure in the remaining six miles as they refilled my water bottle. I didn’t spend much time considering it. My mind was singularly focused on my goal.

Those last six miles were brutal. All of the abuse I put my body through in the last few hours came crashing down onto my shoulders. My joints stiffened up and my muscles started to ache. My hip was on fire. The course was still downhill, but not steep enough to let gravity take over. I stopped to walk multiple times. The different motion would keep my legs from stiffening up just enough that I could run another mile or so before having to do it again. To stay motivated, I closed my eyes and envisioned myself running the last few miles of the Pemi Loop. My best friend Lance ran next to me, keeping pace yet grimacing each time his broken toe hit the ground. If he could do that, I could do this.

I was never happier to see a finish line. The course offered me a view of the finish from about a half-mile out. I hollered a victory yell as I hobbled down to the park. This may have been the only race that I didn’t sprint the last 100 yards because I physically couldn’t. I was doing something that probably passed for running, just for the cameras. I finished my first ultra with my fist in the air and a smile on my face.

It wasn’t until the next day that I received my official results. First of all, and most importantly: I finished. I now call myself an ultra runner. Next, I had surpassed my goal of finishing under 6 hours with an official time of 5 hours and 44 minutes. Finally, and entirely unexpectedly, I came in fourth place. I was only six minutes behind the third-place girl.

Overall, this race was an amazing opportunity for me. I am STOKED to finally be a part of this community, and I am already scouring the internet looking for my next ultra.

This post was edited by Brian Cornell and Margaret Adham. 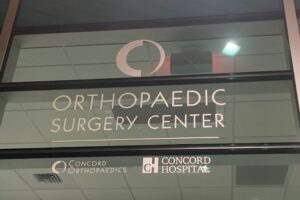